The current and future water supply security for residential, commercial, industrial, agricultural, and conservation landowner customers in the Sacramento Region (Region) appears to be satisfactory when one reviews the water supply assessments contained in each of the Region’s water purveyors’ Urban Water Management Plans. However, some of these plans do not fully address the implications of climate change on the future availability of water supplies. The recent drought has shown limitations in some of the Region’s water supply systems, and climate scientists predict the frequency and severity of droughts will increase. The State Legislature has moved to ensure the increased frequency and severity of droughts along with other weather changes due to climate change, are planned for in future Urban Water Management Planning cycles. A more comprehensive understanding of the reliability of the Region’s water supplies will be known, once the impact of the Region’s changing climate is fully understood and planned for by all Regional water purveyors.

Read more of the briefing paper by clicking here (PDF). 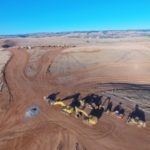 Who’s behind the leading phone survey and sponsored Facebook campaign that are trying to assuage Folsom residents about a massive attack on open space?

Folsom Ranch, an embattled series of housing developments, is on track to be the largest of its kind in Sacramento County in decades—which means an enormous loss of open space, agricultural land and wildlife habitat.

I scanned the room for reactions and paused at former Mayor Bob Holderness. After leaving his elected post, Holderness became a consultant for prominent developers and then spearheaded the campaign for Measure W, the 2004 ballot initiative for the city to annex the land on its southern border, which would be taken over by Folsom Ranch. Today, Holderness represents Westland Capital Partners, a major developer of Folsom Ranch, as well as AKT Development, a major seller of its land.

His jump from elected leader to special-interest contractor was mirrored by former City Manager Martha Lofgren, who helped prepare the South of 50 project on the taxpayers’ dime until 2006, and is now serving as legal counsel for the New Home Company, one of the project’s main developers. But wait, there’s a three-peat! Former city planner Mike McDougall is now a top-ranking manager for Folsom Ranch.

Similar to The Folsom Way’s story-weaving in The Bee—and the meditative voice-over work on its sky-soaring Facebook video—Holderness discusses the South of 50 project as if it was approved by locals when they passed Measure W. But that vote for the city to take control of the rolling land’s future, instead of leaving that up to the county, nowhere mentioned 11,000 homes and suburban sprawl. In fact, the measure specifically forbade housing without a new, secured water supply, which remains in doubt.

Did Holderness know who was behind The Folsom Way? Before I could think more about it, he stood up and decided to jump into the kerfuffle unfolding in the chambers. Holderness strolled over to the podium. “I’m frankly disappointed to see that two of our planning commissioners don’t have a good understanding of what their role is in our city government,” he said. “Perhaps they didn’t understand their assignment, and that’s unfortunate.”

Commissioner Mallory, who’d just finished arguing that consultants have too much power in the city, glanced wearily up and replied, “You, sir, are one of the consultants.”

On June 25, 2018, ECOS submitted our comments/testimony on the latest changes to the City of Folsom’s General Plan.

Here is an excerpt:

ECOS and Habitat 2020 are greatly relieved to see that the Study Area for new City growth south of White Rock road has been removed from the General plan.

Further growth in this area would pose potentially un-mitigatable impacts to invaluable agricultural and biological resources and severely inhibit successful implementation of the South Sacramento Habitat Conservation Plan (SSHCP), currently in its final phase of adoption after decades of development.

Finally, ECOS is extremely concerned about the ability of the City to supply adequate water supplies to this potential growth area, or any new expansion area. With the decision to supply the City’s current expansion south of US 50 solely with conservation efforts of existing supplies, it is apparent that the City has fully allocated those supplies. We remain concerned that the City will not be able to supply the current expansion area without severe burdens on existing residents with the mandatory cut-backs in supply that the City is subject to in Dry and Extremely Dry years. We have not seen evidence that the City has yet acquired back up supplies to prevent these burdens, and given this, it is extremely difficult to see how the City could speculate on further expansion of their footprint.

It’s like a new city springing to life: 11,000 homes and apartments, seven public schools, a pair of fire stations, a police station, a slew of office and commercial buildings and 1,000 acres of parks, trails and other open space. Expected population: 25,000.

But will it have enough water?

As construction begins this month on the first model homes at Folsom Ranch, a 3,300-acre development in the city of Folsom south of Highway 50, state regulators continue to have questions about the project’s water supply. They still aren’t convinced the city has secured enough water to keep showers and spigots flowing as California contends with increasing uncertainty about rain and snowfall.

The drought, which officially ended last year, seems to have done little to impede development. No cities or counties appear to have curbed their development plans as a direct result of water-supply limitations,

Alan Wade, former president of the Save the American River Association, said it’s baffling state water officials would tell Folsom they had doubts about its water supply yet would let the development proceed.

“The reply from Folsom essentially told them to go pound sand: ‘We’re going to go ahead anyway,'” Wade said. “I don’t know how you can get away with that.”

The Environmental Council of Sacramento (ECOS) filed a comment in March of 2017 on the Sacramento Central Groundwater Authority’s (SCGA) petition to be deemed an acceptable “alternative plan” under the Sustainable Groundwater Management Act (SGMA). The purpose of our June 6, 2018 letter is to reiterate our opposition to that petition and to urge the Department of Water Resources (DWR) again to find that SCGA is not in compliance with SGMA.

Click here to see the letter in full (PDF).

A coalition of environmental groups has filed suit to block a step that the city of Elk Grove must take before it can annex more than 1,100 acres to the south.

The plaintiffs, led by the Environmental Council of Sacramento, filed suit in Sacramento County Superior Court alleging that an environmental impact report for the move doesn’t adequately address impacts on water, loss of farmland and at-risk species such as the sandhill crane and Swainson’s hawk.

The suit also claims that the Sacramento Local Agency Formation Commission went against its stated policies to discourage sprawl when it approved a sphere-of-influence amendment for Elk Grove earlier this year.