On July 15, 2021, ECOS, along with Habitat 2020, Friends of the Swainson’s Hawk and the Sierra Club Sacramento Group sent a letter regarding the South Airport Industrial annexation proposal in North Natomas.

We urge you to delay consideration of the proposed LAFCo MOU until you have an approved Memorandum of Understanding with the wildlife agencies for the process you will follow to comply with the Natomas Basin Habitat Conservation Plan (NBHCP) while considering annexation of 450 acres outside your permit area. The NBHCP is a contract between the City and state and federal wildlife agencies that sets the terms of its permits to develop in Natomas. The purpose of the Plan is to preserve the populations of threatened wildlife in the Basin while allowing some City and Sutter County development. This contract states that “Because the effectiveness of the NBHCP’s Operating Program is based upon CITY limiting total development to 8,050 acres within the City’s permit area . . . , approval by either CITY or SUTTER of future urban development outside of their respective Permit Areas would constitute a significant departure from the Plan’s Operating Conservation Program.”

Photo by Brett Sayles from Pexels 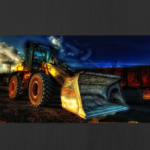 ECOS and other environmental groups have urged developers to start building the project nearest the urban core (the City of Sacramento) and build outward, following the Jackson Highway. This would reduce the project’s GHG emissions, air pollution, and negative impacts on local wildlife. However, the Sacramento County Board of Supervisors has instead elected to let the market decide which part of the project should be built first, and therefore the project is being built contrary to environmental concerns.

As stated on p. 20-1, vehicle miles traveled (VMT) has replaced congestion as the metric for determining transportation impacts under CEQA. Nonetheless, in the EIR level of service (relieving traffic congestion related to the development) is said to be “mitigated” by building additional roads and lanes. This will result in more VMT.
The EIR states that “delay-based traffic operations is provided herein for informational purposes. It is assumed for the purpose of this analysis that delay-based effects and the associated measures proposed to reduce these effects to acceptable levels would be included as conditions of approval and/or in the development agreement for the Project.” On pp. 20-41/42, the EIR states that SB 743 requires amendment of CEQA Guidelines to provide an alternative to LOS for evaluating transportation impacts. Particularly within areas served by transit, those alternative criteria must “promote the reduction of greenhouse gas emissions, the development of multimodal transportation networks, and a diversity of land uses.”

Measurements of transportation impacts may include “vehicle miles traveled, vehicle miles traveled per capita, automobile trip generation rates, or automobile trips generated.” The EIR continues, “Once the CEQA Guidelines are amended to include those alternative criteria, auto delay will no longer be considered a significant impact under CEQA.” Nonetheless, in the EIR there are plans to construct additional lanes of concrete highway. That is a “business as usual” approach. We can no longer plan for additional roadways that will result in increased VMT and the concomitant increase of GHG and other emissions.

On p. 20-56 the EIR states, “The Project would widen and/or complete many roadways that cross or border the Plan Area and would include new roadways to serve the proposed land uses.” More appropriate mitigation should be funding for Regional Transit to cause even more frequent public transit and additional, Earth-friendly shuttles to get people that live and work in the project area to and from public transit lines, than those suggested in the EIR. On page 20-77 the EIR states, “While most effects could theoretically be reduced to acceptable levels by adding more traffic lanes, grade separations, new roadways, and other similar measures, such LOS improvement measures mitigation may not be consistent with adopted policies and could result in secondary impacts to the environment and other users.”

On p. 21-8 it is stated, “As described in Chapter 20, “Traffic and Circulation,” of this Recirculated Draft EIR, analysis of vehicle miles traveled (VMT) is provided only for Alternative 2. Based on modeling, VMT generated under Alternative 2 would exceed the VMT significance thresholds for residential lands and office land uses (emphasis added). Implementation of Mitigation Measures TR-1, TR-2, and TR-3 would pay for bus and/or shuttle operations between the Project and the Manlove Light Rail Station, and would identify and fund additional Trip Reduction Services. However, it cannot be guaranteed that the implementation of Mitigation Measures TR-1, TR-2, and TR-3 would reduce VMT impacts to less-than-significant levels because the specific elements of the VMT-reducing mitigation measures that would be implemented are unknown at this time, and uncertainty exists related to the VMT reductions that would be achieved.” To mitigate for this, the developer should commit funding to Regional Transit for increased public transportation.

On p. 21-17 the EIR states, “Project-generated GHG emissions would exceed applicable Sacramento County thresholds of significance for transportation and result in a cumulatively considerable contribution to climate change. These levels of emissions also indicate that the Project would not be consistent with Sacramento County’s CAP.” Therefore, adequate mitigation is required.

On p. 21-29 the EIR states, “Public transit is not currently provided to, or near the Plan Area. A conceptual transit system to serve the Jackson Corridor Projects (i.e., the Jackson Highway Master Plans, including the Jackson Township Project) has been developed by Sacramento County, SacRT, DKS Associates, and the applicants of the Jackson Corridor Projects as part of a joint transit planning process. This developer and those of adjacent projects should mitigate this by providing additional funds for public transit.”

The EIR provides “Sacramento County has established draft GHG thresholds for 2030. The Project’s build-out year is 2035, for which the 2030 GHG thresholds were extrapolated in alignment with State GHG reduction targets. Development of the Project or Alternative 2 would result in the production of GHG emissions during construction activities and throughout the operational period of the Project, attributed to vehicle use, energy use, waste generation, water treatment and distribution, and other area sources.” (P. 21-51). It goes on to say, that even with implementation of mitigation suggested, the Project would reduce GHG emissions generated onsite and the remaining GHG emissions exceeding applicable thresholds would be offset through the purchase of carbon credits. Better mitigation than carbon credits is direct funding to RT for mass transit and additional Earth-friendly shuttles as suggested above.

We agree with the statement on p. 21-64 that the Jackson Corridor Projects include substantial amounts of higher density and mixed uses to help support transit use; however, transit service within walking distances of those uses is required to achieve a significant transit ridership. The “LOS Improvement Measures” beginning on p. 21-143 again call for more concrete, and instead should provide funding that will enable public transit to be utilized instead. In the words of teenager Greta Thornburg, “act like our house is on fire.” We cannot develop more roadway and arterials instead of funding additional mass transit, and project mitigation should reflect that.

We agree that implementation of Mitigation Measures TR-1, TR-2, and TR-3 would reduce Project-generated VMT impacts (p. 21-214). These measures should pay for bus and/or shuttle operations between the Project and the Manlove Light Rail Station, as well as identify and fund additional Trip Reduction Services (TRS). Such additional trip reduction services should include direct funding to RT for public transit to adequately serve the Project, because the Project “would have a considerable contribution to a significant and unavoidable cumulative VMT impact” (p. 21-214).

Image by Peter Dargatz from Pixabay

Sacramento County leaned on developers last year to help fund its long-delayed climate action plan, raising conflict of interest concerns among environmentalists who say the early drafts do not have enough detail to be an effective blueprint for reducing greenhouse gas emissions.

In the eyes of some environmentalists, the financial arrangement suggests a conflict of interest. Each of the five firms wants the Board of Supervisors to expand the boundaries of where new development is allowed to include their projects. And that decision is in conflict with the aims of the climate plan.

“I know some environmentalists were concerned that the county’s staff was compromised in this way,” said Ralph Propper, president of the Environmental Council of Sacramento. “There were a lot of concerns about that but the county was pleading poverty.”

Photo by Pok Rie from Pexels

Today the Environmental Council of Sacramento and 350 Sacramento submitted a joint comment letter regarding the County’s General Plan Annual Report, which is on the Board of Supervisors’ March 24 Meeting Agenda as Item No 6.

Photo by Emily Hopper from Pexels

“This is a poorly located project to serve Elk Grove proper, being located at the furthest southwest corner of this city,” Wieser said. “I’m not against a high-rise. There are places in our city for a building of this size, but this is not the right location.”

On October 13, 2020, the Environmental Council of Sacramento, Habitat 2020 and the Friends of the Stone Lakes Wildlife Refuge, submitted a comment letter on the California Northstate University Medical Center Draft Environmental Impact Report (DEIR).