The Cosumnes River, the natural jewel on Sacramento’s southern flank, is enjoying its best run of Chinook salmon in years. The count so far is impressive, upward of a thousand. Their journey from the ocean toward the mountains is measured by a device mounted above a fish ladder that counts and photographs fish as they follow their ancient genetic drive.

Mike Eaton [is a long-time member and supporter of ECOS and also] worked for The Nature Conservancy from 1995 through 2007. He now advises the Cosumnes Coalition, a watershed restoration partnership. Contact him at michaelreaton[at]fastmail[dot]com.

The Wild and Scenic Film Festival on Tour in Sacramento features a program of short films that ECOS/Habitat 2020 specially designs to focus on the ecosystems and environmental justice struggles in our area, and to inspire action by citizens to protect the planet. Themes of the film program this year include water conservation, the role of rivers to humans and the planet, climate change and its effects, sustainable agriculture practices, wildlife protection, outdoor adventures and beautiful landscapes. We continue to make this film festival a lasting and rewarding annual event to inspire communities in Sacramento to enjoy and protect wild and scenic places close to home.

We host a silent auction and raffle at the film festival to raise funds for the protection of local habitat in the Sacramento region. Come early to make sure you can check out the raffle prizes and the wonderful selection of photography and artwork up for silent auction! It’s a great opportunity to get that special gift for the holidays, treat yourself to a getaway or a new piece of house decor, and at the same time, invest in preserving our local ecosystems.

The chosen beneficiary of all festival proceeds is the California Heartland Project, the regional conservation vision of Habitat 2020, the conservation committee of ECOS. The California Heartland Project seeks to create a connected network of parks, preserves, and conservation easements on working farms and ranches–creating access to open space for education and recreation, protecting the unique biological diversity found in the Sacramento Valley, and conserving our agricultural heritage.

Tickets will be available at the door, but space will be limited! We recommend you buy them online as soon as possible. If you sponsor this event, tickets are an included benefit. Click here to buy tickets now.

Don’t miss this program of films selected just for the Sacramento region!

Thank you to all of the Sponsors of the 2016 Wild and Scenic Film Festival on Tour in Sacramento!

Read more about the film festival by clicking here. 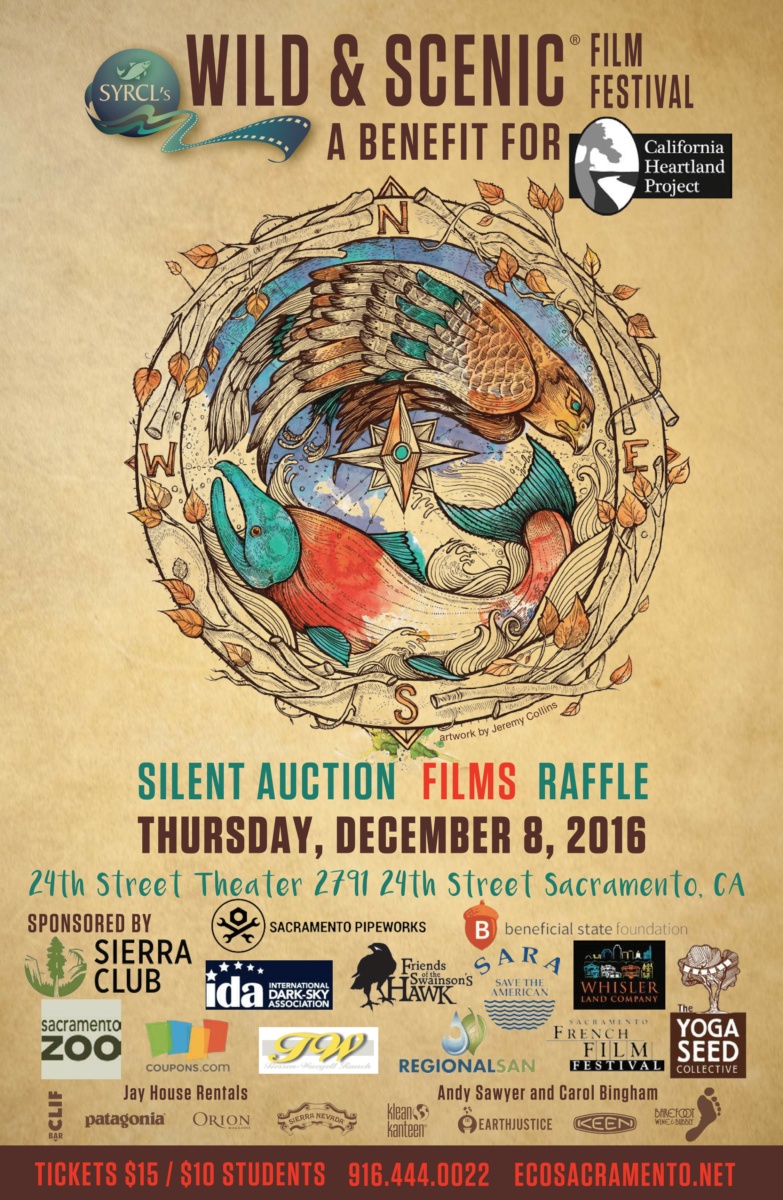 Click here to view all the details about film festival.

This fun film celebrates the best things about Northwest rivers, from a kid’s perspective. From sun, to rain, to waterfalls, to wild salmon, to time with mom, it’s the rivers that make the Northwest such a special place. 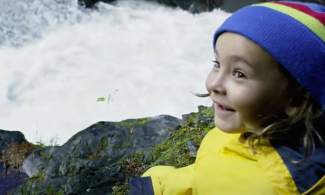 Explore the life of Walt Shubin, San Joaquin-area grape farmer who has been striving to bring back this amazing river for over six decades. How do we value a river? How does a river form your life? Walt reminds us of the importance of a place like the San Joaquin. 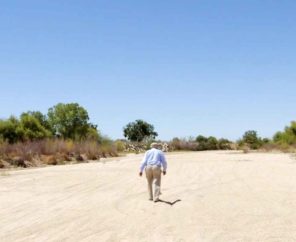 Kew Gardens: Beyond the Gardens- The Forgotten Home of Coffee

This is a story of guardianship over one of the world’s most economically valuable crops, revealing the surprisingly fragile foundations that lie beneath the multi-billion pound industry, showing just how important Kew’s scientific research is to securing the fate of our cup of coffee. 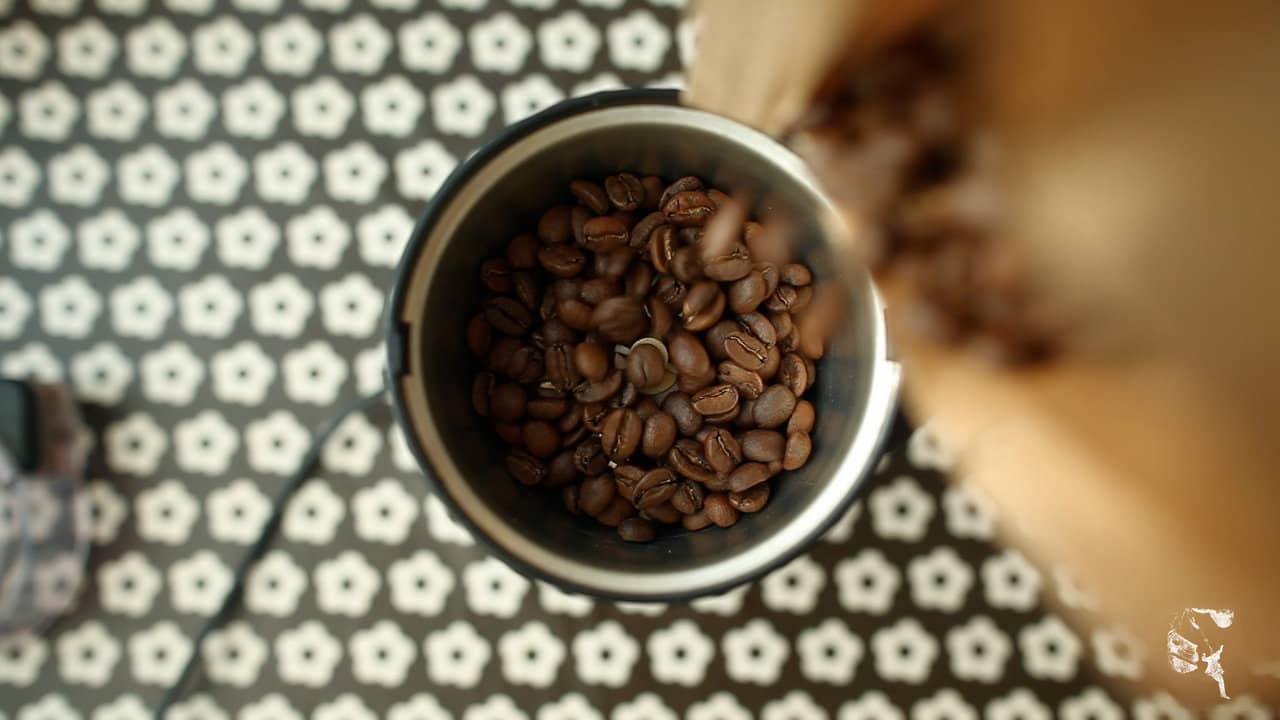 The Fire Next Time

When the Rim Fire burned 256,000 acres of the Stanislaus National Forest and Yosemite National Park in 2013, it exposed the impacts that high intensity wildfires are having on watersheds, wildlife, and carbon storage. It also forged a coalition of environmentalists, loggers, scientists, officials, and land managers who are responding to this megafire and recognize the need to forestall the next one. 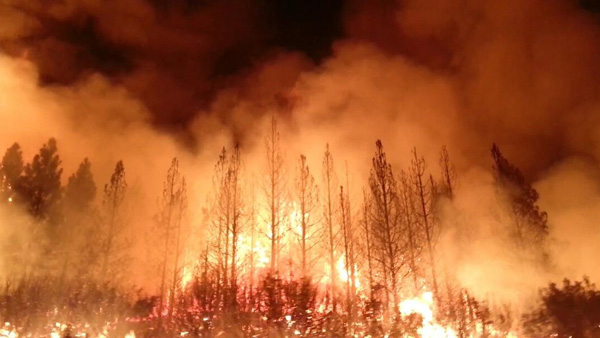 Five of the most respected names in the fly fishing world converge on a single creek in Montana to talk about their passion and to discuss the single biggest threat to their timeless pursuit, climate change. Can four million fly anglers make difference? Legendary fishermen, including Yvon Chouinard of Patagonia, believe it is possible. 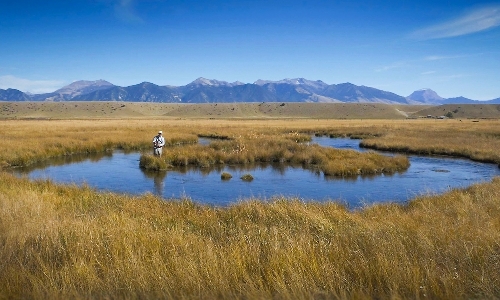 Building successful relationships takes time but those relationships are the key to completing a successful dam removal and floodplain restoration project near Sisters, OR, that benefited farmers, fish and the surrounding ecosystem. 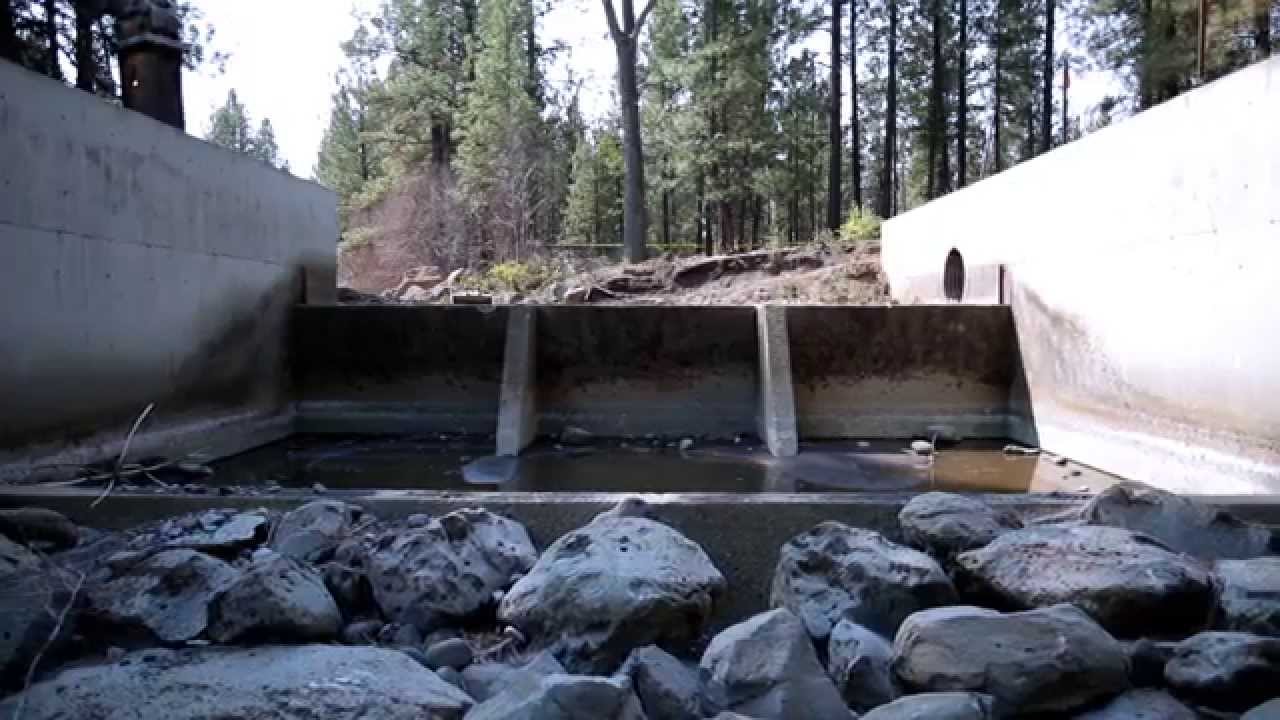 Join three intrepid women, from ages 65 to 80, as they hike more than 50 miles following a pronghorn migration path across the high desert. The Greater Hart-Sheldon Region on the Oregon-Nevada border is a wildlife stronghold in the sagebrush sea, and these women hope to keep it that way. 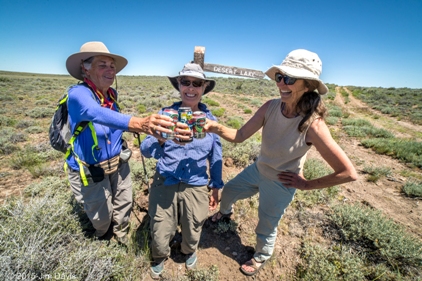 Avaatara: The First Route Out

David Lama achieves first ascent of the Baatara gorge in Lebanon. “If you travel roads that have already been discovered, you are basically always just following. But if you go somewhere where no one’s ever been and do something no one’s ever done, you’re on the lead and that’s one thing that I really like.” David Lama’s guiding philosophy has already taken him to the most impressive mountain ranges of the world and, more recently, to the Baartara gorge in Lebanon. A surreal ‘Avatar’-like landscape, unexploited and untouched. 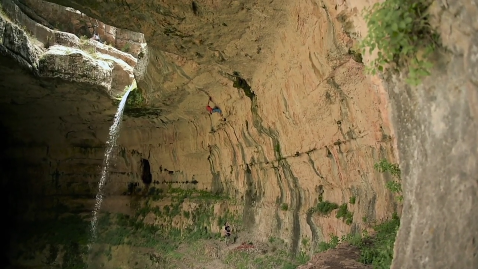 Plant for the Planet

Eleven-year-old Felix Finkbeiner from Germany learned about climate change and how trees take up CO2. Inspired by Wangari Maathai, he founded Plant for the Planet which has now planted millions of trees. This and the other Young Voices for the Planet films document young people playing a vital role in catalyzing change in their homes, schools, communities… and the world. 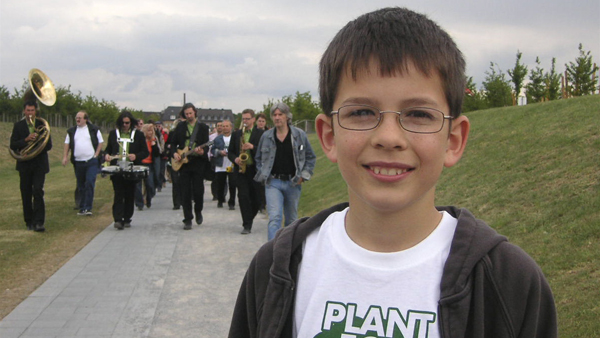 Many people talk about the cattle business as a big environmental problem. Cattle, when properly grazed, offer solutions to soil health, animal health, human health, water supply and food nutrition. It’s a brave new world, and it’s below our feet. 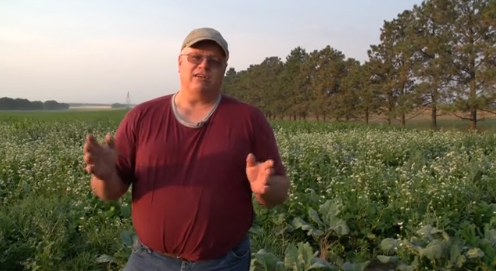 Diversity and Inclusion In Our Wild Spaces

A campfire discussion on improving the diversity of both the visitation and the employment within our parks and wild spaces happened last May in Yosemite National Park. A gathering of extraordinary people from non-profit agencies, land management bureaus and those involved in the movement to encourage more people of color to visit and seek careers in the outdoors brings light to important issues facing today’s conservation movement and outdoor recreation. 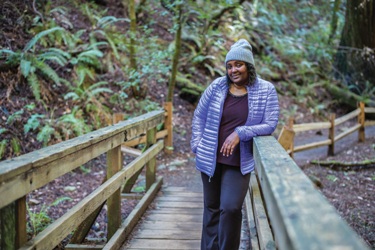 Defined by the Line

Josh Ewing began visiting the Bears Ears region of southeastern Utah to climb at Indian Creek and explore the local archaeology. But when he moved to the town of Bluff, he saw degradation from oil drilling, looting, and careless visitors. Ewing knew simply loving a place was no longer enough. 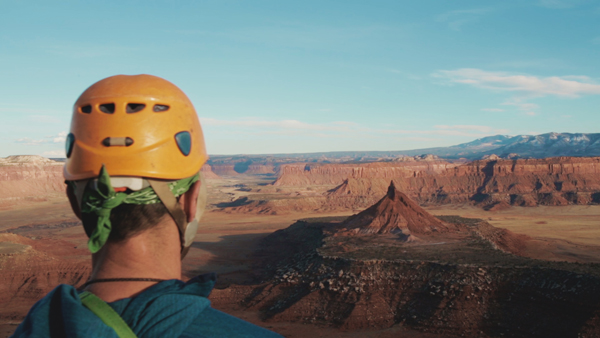 Dredging Up A Solution

Howard Wood, an amateur diver, restored the marine ecosystem in Lamlash Bay by establishing the first community-developed Marine Protected Area in Scotland. Narrated by Robert Redford, Dredging Up A Solution illustrates how an ordinary person can effect extraordinary change. Howard Wood is a true environmental hero who placed himself squarely in harm’s way to battle intimidating adversaries while building strong grassroots support.

A former tribal chief of the Xeni Gwet’in First Nation, Marilyn Baptiste led her native community in defeating proposed gold and copper mines that would have destroyed Fish Lake—a source of spiritual identity and livelihood for her people. Narrated by Robert Redford, One Woman Roadblock illustrates how an ordinary person can effect extraordinary change. Marilyn Baptiste is a true environmental hero who placed herself squarely in harm’s way to battle intimidating adversaries while building strong grassroots support. 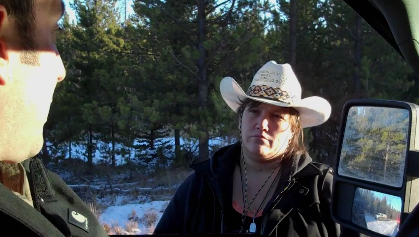 A Line in the Sand

Edward Abbey’s words have always been deliberately provocative–especially when said in defense of the desert landscape he loved so much. The words in this film are a mash-up of quotes from speeches to articles, to interviews and books. Abbey was willing to say things that no one else would, and his sentiment is relevant now more than ever. What will we stand up for? What will be lost if we chose not to stand at all? 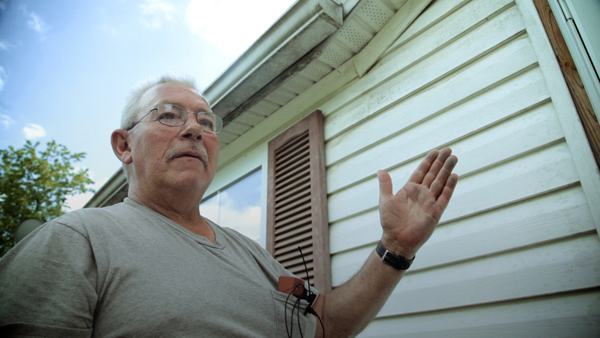 The last time Ken Brower traveled down the Yampa River in Northwest Colorado was with his father, David Brower, in 1952. This was the year his father became the first executive director of the Sierra Club and joined the fight against a pair of proposed dams on the Green River in Northwest Colorado. The dams would have flooded the canyons of the Green and its tributary, Yampa, inundating the heart of Dinosaur National Monument. With a conservation campaign that included a book, magazine articles, a film, a traveling slideshow, grassroots organizing, river trips and lobbying, David Brower and the Sierra Club ultimately won the fight—ushering in a period many consider the dawn of modern environmentalism. 62 years later, Ken revisited the Yampa & Green Rivers to reflect on his father’s work, their 1952 river trip, and how we will confront the looming water crisis in the American West. 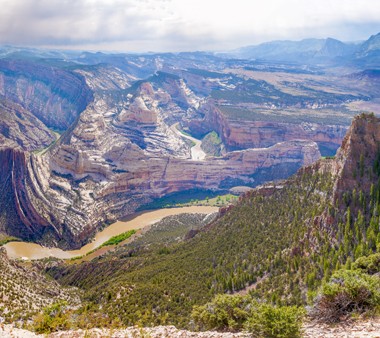 Showered by developer cash camouflaged through a political action committee, the Folsom City Council has quietly led an aggressive annexation campaign that could impact traffic, air quality and wildlife in northeast Sacramento County for decades to come.

The Environmental Council of Sacramento has raised concerns about the plan, including the impacts on smog and traffic, the effects on hawks and migratory birds and—most prominently—its seeming reliance on a nonexistent stable source of water: The city council voted in 2013 to supply thousands of future residents of the development with surplus water from conservation efforts within Folsom’s perilous local supply.

“They overallocated their water,” said Matt Baker, land use and conservation policy director at ECOS. “They’ve really not provided any kind of plan for an event that could drastically reduce their supply in an extremely dry year.”

In a measure to make the American River Parkway eligible for more state money, Gov. Jerry Brown on Friday signed legislation creating a conservancy program for the area.

What is CEQA and How do you Conduct an Effective CEQA Review?

ECOS is hosting a training for ECOS members on understanding the CEQA process and how to comment effectively. Our focus is a practical look at CEQA and what ECOS committees do when they review a CEQA document. Our topics include:

Join us for an evening of discussion and learning about an important California public disclosure law.

Where: Breathe CA Conference Room 909 12th Street, Sacramento – Breathe CA conference room is on first floor. People will need to ring the bell for Breathe CA at the door and identify themselves

RSVP: You have to RSVP because space is limited to 30. CEQA Workshop RSVP’s