Below, two updates from our partners at the Sierra Club Mother Lode Chapter, a member organization of ECOS, from their recent newsletter.

Fighting urban sprawl has long been a priority for the Sierra Club Mother Lode Chapter. Sprawl consumes important wildlife habitat and agricultural land. It increases costs of providing urban services. It undermines efforts to provide the compact, transit- and pedestrian-oriented development needed to serve a population that is becoming increasingly transit dependent. The Chapter has been particularly concerned about effects on air quality. Low density urban sprawl increases automobile dependency, requiring driving for commutes and errands that could otherwise rely on walking, bicycling or transit, and the driving distances are greater, resulting in increased vehicle miles traveled and automobile emissions.

Climate change heightens the urgency of stopping sprawl. The transportation sector accounts for 37% of greenhouse gas emissions in California. Reducing automobile use is essential to reducing those emissions. In 2008, the Legislature enacted Senate Bill 375, providing for the preparation of sustainable communities with plans designed to reduce greenhouse gasses, and providing incentives for development consistent with those plans. A package of bills enacted in 2017 provides incentives for housing in existing urbanized areas. These incentives will not have much effect, however, so long as our local governments make cheap land available for urban sprawl by rezoning agricultural and open space lands, and state and local governments continue to build highway projects designed to open up new areas to development.

A key element of our efforts to combat urban sprawl is involvement in Local Area Formation Commission (LAFCO) decisions. Changes in the boundaries and spheres of influence of cities and special districts, which require approval by county LAFCOs, determine which areas are planned for urban development. By statute, the purposes of the LAFCOs include “discouraging urban sprawl” and “preserving open-space and prime agricultural lands.” Too often, however, county LAFCOs ignore this direction, rubber stamping local applications for sprawl and leapfrog development. Four years ago we won an important victory when the Sacramento County LAFCO turned down the City of Elk Grove’s application to sprawl into important agricultural land and habitat in the Delta. But now Elk Grove is back, hoping that changes in LAFCO membership will yield a different result. The Sierra Club has commented extensively on the proposal, and is gearing up for the February 7 hearing on the project, where we will need a large turnout. Mother Lode Chapter Conservation Chair Sean Wirth provides additional information on this below.

We are also working to shift transportation funding from highway expansion to transit. The Mother Lode Chapter is supporting litigation challenging Caltrans’ failure to consider and provide mitigation for the increase in vehicle miles travelled when it approved additional lanes on Highway 50, and is preparing comments on the proposed expansion of Highway 65. We are also working on proposed local transportation sales taxes, seeking to eliminate funds for sprawl supporting highway expansions and increase funding for transit.

Sprawl hurts us all. Fighting sprawl is critical to our success in protecting our environment, both regionally and globally.

Elk Grove and the ecological health of the north Delta

As Elk Grove aggressively continues to try and realize its growth ambitions to the south of its existing city’s footprint, it is important to take stock of what is at stake for the ecology of the north Delta. Elk Grove has made it clear that it wants to grow right down to the edge of the 100 year floodplain, and then mitigate for the destruction of habitat of listed species, such as the Swainson’s Hawk, that resulted from that development by conserving habitat within the floodplain. The Sierra Club has long been concerned about the loss of upland habitat south of Elk Grove because the Consumnes River floodplain is an active floodplain that is inundated cyclically every seven to ten years, like it did dramatically last winter season.

Sandhill Cranes are unusually loyal to their specific wintering geography and rarely travel more than two miles from their selected roost sites. When the cyclical flooding occurs, these birds look for the closest upland forage opportunities to their roost sites. All of the unincorporated lands south of Elk Grove serve this important purpose and the prospect of all of those lands being developed down to the floodplain would be catastrophic to the Crane and many other species that rely on un-flooded terrestrial habitat for their survival.

What complicates this problem even further is that the most conservative modeling for the impacts of global sea level rise in the north Delta indicate that basically all of the current lands set aside for the Greater Sandhill Cranes, and hundreds of other terrestrial species, are going to be threatened with permanent inundation as the symptoms of climate change accrue. This reality elevates the importance of the lands south of Elk Grove as a critical pathway to get our North Delta species over to the higher ground in the east. And clearly, this pathway is not going to be effective if it is paved over for low density sprawl neighborhoods and their associated malls.

Voicing these concerns is going to be an important part of convincing LAFCO that allowing Elk Grove to pave over this critically important geography is not in the interest of our region. Please join us on February 7th to demonstrate your concern at the hearing. The hearing starts at 5:30 p.m. and will be held at the Board of Supervisor’s chamber at 700 H Street in downtown Sacramento.

Habitat 2020 is ECOS’ Habitat & Conservation committee. Habitat 2020 is a coalition that works to protect the lands, waters, wildlife and native plants in the Sacramento region. The great Central Valley of California has been identified by the World Wildlife Fund as one of North America’s most endangered eco-regions. Preserving its remaining open space and agricultural land is essential for sustaining native plants and wildlife, and ensuring a high quality of life for ourselves and future generations.

In 2017 Habitat 2020 had a continued engagement in a broad range of Sacramento regional environmental protection efforts that no singular organization could address alone.

These crucial activities include: 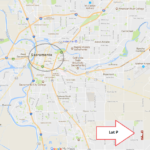 Residents of Sacramento County’s Vineyard area are angry about the prospect of losing open space they thought the county had protected permanently more than 25 years ago.
It turns out the land, known as Silver Springs Lot P, has been owned all along by developer Angelo K. Tsakopoulos, whose company now wants to build houses on it.

“The applicants argued that they had never intended for Lot P to be preserved in perpetuity,” a county report said.

The developer has proposed constructing 48 houses on half-acre lots near Calvine and Excelsior Roads in the semi-rural area southeast of the city of Sacramento.
The plan is scheduled to be heard Monday by Sacramento County’s planning commissioners.

Residents of the Vineyard area thought the 91.5 acres in question had been preserved long ago to protect seasonal wetlands. Buyers paid premiums for houses adjacent to the land, believing it would always be open.