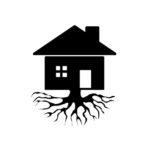 California is in the midst of an affordability crisis. Without careful planning and policies, new investment in existing neighborhoods or ongoing disinvestment in areas where low-income people live can push lower-income and people of color out of their own communities and away from jobs and transit. This exacerbates historical inequities, forces more driving and climate pollution from those who have the highest propensity to ride transit, re-segregates our towns and cities, and destroys natural and agricultural lands. ClimatePlan recognizes that displacement threatens to undermine all of our network’s priorities including climate, equity, health, active transportation, and conservation; it is a central challenge to building a more sustainable and equitable California.

Displacement harms people and communities and worsens the climate crisis. Recognizing these profound impacts, beginning in April 2018, ClimatePlan convened partners from housing, transportation, land use, equity, conservation and climate organizations to develop a shared policy platform on Investment Without Displacement for guiding the ClimatePlan network’s advocacy. Over 20 participants worked collaboratively to develop the approach and solutions outlined in the document linked below.

The ClimatePlan network’s vision is to create a healthier, more sustainable California, where people of all backgrounds and incomes have the opportunity to thrive. 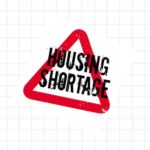 Tahoe Park residents are asking why housing density has been greatly reduced in the plans for a development to be built near Broadway and Fairgrounds Drive in Sacramento. Why reduce housing density in the midst of a housing shortage, especially in a prime infill location?

Click here to read the letter written in opposition to amending the General Plan to lower the density requirements at 325 Fairgrounds Drive. Signatories include Alex Kelter, MD and Robert Meagher, MD, Co-Chairs of Environmental Council of Sacramento (ECOS) Land Use Committee.

On July 9, 2018 the Sacramento Housing Alliance and the Environmental Council of Sacramento submitted a letter to the Mayor of the City of Sacramento for the purpose of making inquiries into the adherence to the surplus land statute.

Here is an excerpt from the letter. Click here to read the full letter (PDF).

The Environmental Council of Sacramento (ECOS) and Sacramento Housing Alliance (SHA) are writing to inquire as to the City of Sacramento’s efforts to fully comply with the Surplus Land Statute, as amended by AB 2135 (Ting, Statutes of 2014)1, which requires prioritizing surplus government land for affordable housing. In short, the law requires all public agencies to offer surplus land to “housing sponsors” – that is, affordable housing developers –provided said developers have written and requested to be notified, and, should those sponsors express interest, enter into good faith negotiations for 90 days (Gov. Code, §§ 54222, 54223). Only if a compromise cannot be reached can the city sell it on the open market. We are proud to see that as our representative in the California State Senate, you voted in favor of AB 2135, which added important changes to the Surplus Land Act in 2014.

We are prompted to offer this reminder of the Surplus Land Act because of concerning trends in the sale of city properties. Reviewing recent sales of seven city owned lots, only one was sold to an affordable housing non-profit (City of Refuge, who plans to build a homeless shelter for women and children on the land). The other six were sold to for-profit entities. Most alarming is the case of 4722 9th Ave and 4601-4625 10th Ave, where the city rejected a proposal to build 130-195 affordable rental units in favor of market rate apartments.