The City is initiating the 2040 General Plan Update and Climate Action Plan, consistent with the City’s requirement to revise and update the General Plan every five years, as necessary, to address significant emerging trends, recent state statutes, new issues, and to update the status of implementation measures.

As lead agency, the City of Sacramento has issued a Revised NOP to inform trustee and responsible agencies, and the public, of the decision to undertake preparation of a MEIR and to provide information and clarification for the General Plan Update and MEIR as to the existing designated Special Study Areas that are in physical proximity to the city limits. These study areas on the edge of the city were previously defined by the City over a decade ago as unincorporated areas that are of interest to the City, as the planning of the areas necessitates interjurisdictional cooperation with Sacramento County and other entities.

The Revised NOP is available on the City’s Community Development Department webpage.

On September 30, 2019, the Environmental Council of Sacramento, 350 Sacramento and the Sierra Club submitted a letter compiling comments on the Climate Action Plan proposed by the City of Galt.

Below are some excerpts from the letter.

Local climate action is important because the largest sources of greenhouse gas emissions (GHG), in the City of Galt as well as statewide, are building energy [use] and on-road vehicle travel.
Both are best and most directly controlled locally, by adopting energy-efficient building codes and requiring efficient development that reduces the need for auto “vehicle miles traveled” (VMT).

There is no longer any rational doubt that climate change is adversely affecting the livability of our planet now; that physical environmental effects will grow increasingly serious in coming decades; and that without major, timely GHG-reductions, they will cause grave public health impacts and severe economic and social disruptions in the lifetimes of children alive today.
We appreciate the difficulties transitioning from the long-accustomed land use and building models that have contributed to climate change to sustainable ones, and doing it quickly. But the exigencies of climate change, as reflected in State law, require broad and decisive change in how we use and think about energy. The required adjustments will bring many co-benefits, and we no longer have the luxury of delayed or token efforts.
Our organizations are committed to working with Galt in every productive way we can. We look forward to ongoing engagement in the City’s administrative process and may provide specific suggestions in future comments 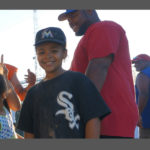 The workshop dates, times and RSVP links are below. RSVP’s are requested, but not required.

350 Sacramento, the Environmental Council of Sacramento, and the Sierra Club Mother Lode Chapter are grass-roots groups concerned with minimizing, adapting to, and reversing the effects of climate change. We are concerned that the proposed Elk Grove Climate Action Plan does not meet mandated requirements for a qualified Climate Action Plan, and does not adequately respond to the actual threat climate change poses the City.

Click here to read our letter outlining our concerns and suggested improvements to the plan.

For the third time, a judge Friday rejected San Diego County’s plan, saying it doesn’t comply with goals for reduced emissions. It was a ruling that environmental leaders praised and they used the moment to urge the County Board of Supervisors to create a comprehensive climate action plan.

The new court ruling found that San Diego County’s climate action plan fails to comply with its own and the state’s goals of cutting back on carbon emissions. The judge rejected the county’s proposal to use carbon credits from out of the county or out of the country, saying that offsetting greenhouse gas emissions in other parts of the world does nothing to help us here at home.