We had two very informative presentations at our ECOS board meeting on May 25, 2021.

Thank you to our presenters and everyone who attended!

Below are a few slides from Erik de Kok’s presentation.

Join the Environmental Council of Sacramento (ECOS) at the ECOS Board of Directors meeting! These meetings are a great place to network with fellow environmentalists and to keep up with the latest local environmental successes and challenges.

May 2021 Presentations: How does Sacramento County’s draft Climate Action Plan compare with others around the State?

We have two speakers on this topic. Please come for their presentations and follow-up Q&A.
George Courser chairs the San Diego Sierra Club’s Conservation Committee. George led their successful lawsuit challenging their county’s Climate Action Plan, due to its lack of enforceable measures to adequately reduce the climate change impacts of development there.

Erik de Kok works at the Governor’s Office of Planning and Research, providing local planning guidance in furtherance of the State’s climate goals. A decade ago, Erik led the preparation of Sacramento’s current climate action plans.

We’ll also get our updates and announcements from our working committees, member organizations and members! Feel free to share with your networks.

ECOS Board of Directors meets on the fourth Tuesday of every other month (odd-numbered months). We will be holding all board meetings via Zoom until further notice. You do not need to be a member of ECOS to attend.

About the Environmental Council of Sacramento (ECOS)

Our mission is to achieve regional and community sustainability and a healthy environment for existing and future residents. By working proactively with our members, member organizations, local government, and community groups, ECOS energizes and brings positive change to the Sacramento region as we strive to develop thriving communities.

Last fall, smoke affected your life and health. This fall……? It is likely to happen again. Why?

Learn about climate change and wildfires, the dangers of smoke and how to protect your health at home.

Learn why we are experiencing increased smoke from wildfires in Sacramento and why it is getting worse. We’ll discuss how heat and smoke affect health. We’ll offer practical information on protecting your health from smoke, with an emphasis on what you can do at home. Finally, you’ll learn about the Sacramento County Climate Action Plan and how to contribute your ideas to keeping Sacramento a great place to live.

Click here to view the comments we sent in September 2020.

The Environmental Council of Sacramento (ECOS) has been giving the Environmentalist of the Year Award to hard-working, local environmentalists since 1973. This award is a way to celebrate and recognize the past year’s regional champions and community sustainability successes. This year, because of the pandemic, we will be hosting the awards via a video you will be able to stream online, featuring our wonderful awardees and their inspiring environmental work. We are excited to honor our community and reflect on the work we still have in front of us in the year ahead. 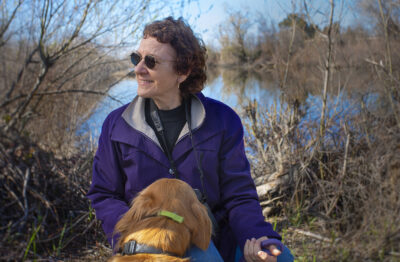 Dr. Michelle Stevens, a professor in the Environmental Studies Department at CSUS, has been leading the Bushy Lake Restoration Project along the lower American River Parkway, which protects, studies, and restores Sacramento’s riparian ecosystem. Michelle was able to “sell” this idea to the local community, a myriad of stakeholders, regional professionals and experts, and fellow colleagues. Michelle started with planting a few plants that are important to native peoples in the region, and nurtured it until it grew into a grant-funded restoration plan involving CSUS students and volunteers. Her work is informed and guided in uplifting the historic indigenous practices and culture of traditional ecological knowledge, and provides a hands-on opportunity for college students through CSUS and volunteers. In 2019, this project won an award at the annual CSU-wide Student Research Competition. 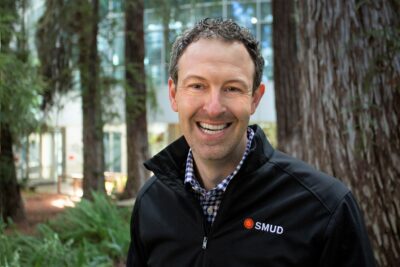 Brandon Rose was ECOS President 2016-2017. During his tenure, ECOS put on a California Environmental Quality Act (CEQA) workshop, which helped to attract and train volunteers. ECOS supported Sacramento’s plastic bag ban and ethics reform ordinances. Under his leadership, ECOS also helped the City obtain a $44 million “Green City” grant to construct electric vehicle charging stations and acquire electric vehicle fleets for car sharing programs in disadvantaged neighborhoods. Also during Brandon’s board presidency, ECOS worked with Wilton Rancheria to locate their proposed casino within the County of Sacramento’s Urban Service Area, rather than a rural area. In 2017, ECOS sued Caltrans over its approval of extra lanes on US 50 without considering the environmental impacts of increased traffic, which led to a settlement providing funding for transit. Later that year, Brandon was elected to the Sacramento Municipal Utility District (SMUD) board, which has since committed to carbon neutrality by 2030.

Moiz Mir was the president of the Environmental Student Organization at CSUS, 2017–2019. As an intern at the Sacramento Mayor’s Office, he organized youth summits to include students’ voices in the Mayors’ Commission on Climate Change, and served on the Commission’s Community Health & Resiliency and Equity Technical Advisory Committees. He co-won a statewide “Best Practice in Student Sustainability Leadership Award” for organizing the CSUS Student Summit on Climate Change. As a student, Moiz worked with Michelle Stevens, supervising student plant experiments at Bushy Lake. With Sunrise Movement Sacramento, Moiz is engaging youth in climate justice action. Moiz recently became the first staff at 350 Sacramento, where he developed a new after-school student climate organizing program. 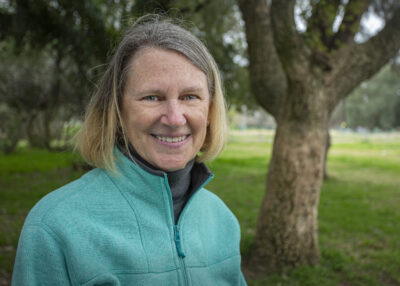 Anne Stausboll chaired the Mayors’ Commission on Climate Change, which presented its recommendations in June 2020. She obtained a unanimous vote on a very progressive set of recommendations, which took two years to develop. The goal is to achieve carbon neutrality in Sacramento and West Sacramento, by 2045. Anne made sure the Commission reviewed and considered everything through a lens of racial and income equity. She is inspiring us to be active with the City of Sacramento to ensure that these recommendations are incorporated into the Cities’ Climate Action Plans, and into appropriate ordinances and other city actions. As Anne says, “it is a crisis situation, and we need to act now. We want the city to start seriously adopting and acting on the recommendations. Now. It’s not something that can wait.”

We are seeking sponsors! Click the button below to learn more about sponsoring.

Learn more about the Environmentalist of the Year Awards, hosted by ECOS, by clicking the button below.

An online workshop on the draft CAP will take place via Zoom at the Sacramento County Environmental Commission (SEC) meeting on Monday, March 15, at 6 p.m. The workshop will be an opportunity for the public and the SEC to provide feedback on the draft CAP.

Photo by Yulia from Pexels