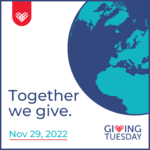 GivingTuesday is a global generosity movement unleashing the power of radical generosity. GivingTuesday was created in 2012 as a simple idea: a day that encourages people to do good. Since then, it has grown into a year-round global movement that inspires hundreds of millions of people to give, collaborate, and celebrate generosity.

Join the movement and give to ECOS – each Tuesday and every day – whether it’s some of your time, a donation, or the power of your voice in your local community.

It’s a simple idea: whether it’s making someone smile, helping a neighbor or stranger out, showing up for an issue or people we care about, or giving some of what we have to those who need our help, every act of generosity counts and everyone has something to contribute toward building the better world we all want to live in.

Here’s a year-end letter and report on our activities for 2022.

Thank you to all who attended and/or contributed to the 49th annual Environmentalist of the Year Awards on November 15, 2022! We had a fantastic evening honoring our awardees. Below are some photos from the night! 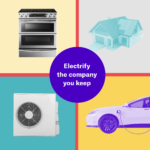 Rewiring America is a non-profit working to launch a movement to electrify everything, starting with our nation’s 121 million households.

To find out how much money you can expect to get, try this calculator and read the FAQs for more info! 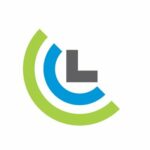 Three new major federal climate laws – what are the climate impacts? What funding might benefit the City and County of Sacramento?

On Monday, November 14, Citizens’ Climate Lobby hosted a talk by Dana Nuccitelli to learn about climate legislation passed in the past year and what’s next.

This Congress has passed three major pieces of climate legislation.

What is in the IRA (Inflation Reduction Act) that will help reduce emissions locally and could affect the Sacramento CAP (County) and CAAP (City)?

For renewable energy to reach its potential we need a stronger, better electric grid. The presentation will discuss needed future legislation to build the grid – and some of the possible trade offs.

Dana Nuccitelli is an environmental scientist and climate journalist with a Master’s Degree in physics. He has written about climate change since 2010 for Skeptical Science, for The Guardian from 2013 to 2018, and since 2018 for Yale Climate Connections. In 2015 he published the book ‘Climatology versus Pseudoscience’, and he has also authored ten peer-reviewed climate studies, including a 2013 paper that found a 97% consensus among peer-reviewed climate science research that humans are the primary cause of global warming. Dana is a Research Coordinator for Citizens’ Climate Education.

On November 15, 2022, ECOS submitted a letter to the City of Sacramento regarding their currently proposed Transportation Priorities Plan (TPP).

ECOS supports the currently proposed Transportation Priorities Plan (TPP) and the level of public engagement it represents. We ask the City Council to approve the TPP as the first step and move quickly to the following: The High Priority projects should be packaged separately. A supporting narrative should be written to put these projects in the larger planning context of the City and region, to describe how they further the goals of the Sacramento BLUEPRINT, the required reduction of greenhouse gas emissions following SB375, and CARB’s emissions reduction target for the SACOG region; and how they improve mobility, safety, and quality of life for Sacramento citizens.

The package, the narrative, and validated cost estimate (we understand it is about $250M) should be taken to Federal Highway Administration and the Federal Transit Administration, to ask for advice in accessing federal funding such as Inflation Reduction Act funds to proceed with the work. Let us know if we can help in this.

Thank you for considering our support of the TPP and our suggestion for follow-on steps.

The Regional Water Authority (RWA) has launched a public engagement process for the Sacramento Regional Water Bank, an innovative groundwater storage program utilizing the expansive reservoir under the urban core for storing water during wet times for use during dry times.

Materials and the presentation from the first Stakeholder Forum, held October 26, 2022, are now available online and can be found here.

The goal of the Water Bank public engagement process is to share information, answer questions and gather input about how a Water Bank could be operated and expanded in the Sacramento region.

The first Stakeholder Forum explored key topic areas such as water sources and management in the Sacramento region; projected impacts of climate change on the region’s water resources; how water banking works; how a Water Bank could help the region adapt to climate change; and other topics. Future Stakeholder Forums will cover Water Bank principles and governance, defining and refining operational alternatives, and scoping for an environmental analysis.

RWA is planning several Stakeholder Forums over the next 15 months with the next Forum expected to take place in early 2023. In the meantime, feel free to reach out to the Project Team to learn more about the Water Bank and ask questions.

You can reach the Project Team at waterbankinfo[at]rwah2o[dot]org.

Updates about the engagement process will be posted to rwah2o.org/waterbankengage.