Kent Lacin understands the environment. As a member of 350 Sacramento, a local grassroots organization committed to a sustainable future, he applies his filmmaking art and craft to such issues as climate change. In spring of 2021, Kent and his filmmaking partner Steven Steinberg, completed Environmentalists of the Year 2021, a film celebrating ECOS’ four award winners. During prior years, Environmentalists of the Year (EOY) was an in-person award event, held annually. Because of the pandemic, the EOY event went virtual, and Kent generously donated his time, talents, and physical resources to the making of this film.

I asked why.
“It’s something I know how to do. It’s in my wheelhouse. I’ve been making media since I was a kid, telling stories, sharing ideas. Yes, it takes effort and concentration, but the process is very familiar to me. You know, most artists are masochistic, meaning they enjoy dealing with the resistance in the medium itself to get the images they want.”

What was the process of making the EOY film?
“The Environmentalists of the Year film isn’t really a documentary but a portrait to honor and appreciate the four people. First you decide where to meet, considering lighting and sound. You try to draw them out, find out their concerns, and get them to trust you so they become conspirators in the making of the film.”

How do you get them to trust you?
“Oh, I don’t know. You are transparent. If you have a problem, you say it. If they aren’t talking about things the way you want, you tell them. You stay in the moment with them. And technically, as a filmmaker, you have to know what you are doing, or they will lose confidence. I appreciate that people are willing to open up, because I am pretty nosy. I keep digging and digging.”

Back to the process….
“You don’t have a voiceover script, so you need your subjects to tell you the message. When people watch a film like this, they watch it the same way they watch other movies – they expect a story and to get lost in it a bit – so you have to keep going with the filming and dialogue until you get the sound bites that tell a compelling story. Together you write the script on the spot. And on a film like Environmentalists of the Year, you show your subjects the final cut to make sure they are comfortable with it.”

Kent got his start in the “strangest way — my first job was to produce media. This was in about 1972 during the first wave of portable digital media.” He wanted to be an artist, didn’t think about money, and went on to get his MFA at UC Davis. He said it all worked out. By 1978 he was on his own doing media with corporate clients like Seagram’s, the American Banking Association and Paul Masson Winery. Three years later after some “burnout” he shifted to still photography exclusively and stuck with that for nearly thirty years.

Although Kent is now officially retired, he is back making media. On Sept 30, he set up a video campaign in which individuals would “act” in a short clip about the Sacramento County Climate Action Plan, and then post their clip to their own social media accounts. A Sacramento advertising group called FATHOM also donated its help. It was a fun campaign addressing a serious issue. Pretty cool, huh?

ECOS is truly grateful to Kent for making our Environmentalists of the Year film, and for his work to fight against climate change and for the Sacramento region.

Photo by Kyle Loftus from Pexels 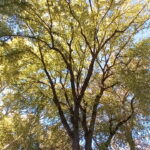 On October 8, 2021, ECOS, Habitat 2020 and some of our allies submitted a letter regarding the proposed South Airport Industrial Project.

Photo by Alexandr Podvalny from Pexels