The City of Sacramento received funding through an SB1 competitive grant program, which will allow the City to rehabilitate the pavement, extend the protected bikeway network, and add circulation improvements to key corridors.

The project will convert 5th Street (X Street to H Street) from a one-way to a two-way street, and will add bike lanes in both directions.

The project will also extend the protected bikeway network, constructed in 2018, on:

There will be a community meeting to update the community about the project on November 10th from 5:00-6:00pm at the Capitol Events Center on 1021 11th Street.

Please note: the December orientation has been cancelled — please join us on January 5th for the next one!

Come learn what ECOS is all about! Join us Thursday, January 5th at 6pm via Zoom to get a broad overview of what ECOS does, why it matters and what you can do to help! If you are curious about what environmental issues in the Sacramento region look like in 2023, join us! We will cover our current goals that involve climate change prevention, promoting infill over sprawl development, transit, habitat protection and the wise use of water resources, among others. 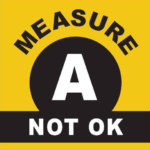 Please share this message with your neighbors, friends, and colleagues. Measure A, on the ballot this November, is presented as a “citizens’ initiative” and therefore requires only a 50.1 percent majority to pass. It is critical that you vote NO on Measure A.

Under Measure A, SACOG concluded in its May 2022 analysis, “the region would likely fall short of meeting its state-mandated 19 percent per capita greenhouse gas reduction target by nearly 2 percent,” which is a ten percent shortfall. SACOG also found that failing to meet the mandate “would jeopardize the region’s ability to compete for state transportation and housing funding programs.”

If Measure A passes, the region will take a disastrous step backward, worsening existing economic inequalities and prospects for climate adaptation.

The Measure A proponents falsely say the measure will combat climate change.

• Bill Magavern, Policy Director of the Coalition for Clean Air summed it up: “Don’t be fooled. Despite promising to reduce congestion and improve air quality, Measure A will have the opposite effect by spending taxpayer dollars on the construction of numerous highway expansions throughout the region. The Coalition for Clean Air opposes Measure A because it is a threat to the air quality of the Sacramento region, which already suffers from unhealthy levels of air pollution, and would also result in increased congestion, global warming impacts, and sprawl.”

• In CARB’s October 10, 2022 letter to Elk Grove Mayor Bobbie Sing-Allen, Steven Cliff, the CARB Executive Officer, wrote “The combined set of projects in this $8.5 billion measure would be inconsistent with the statewide effort to lessen the impacts of climate change.”

• Mike McKeever, former Executive Director of the Sacramento Area Council of Governments (SACOG), commented, “The most recent mailer from the Measure’s proponents, which claims that Measure A fights climate change, is the exact opposite of the truth. Measure A proponents are so desperate for their $8.5 billion tax that they are spending millions of dollars to spread falsehoods.”

VOTE NO ON MEASURE A

• Oct. 27, 2022: Backers of a Sacramento sales tax hike are lying to voters. They should reject Measure A. By Marcos Breton of The Sacramento Bee’s Editorial Board. https://www.sacbee.com/opinion/article267915392.html

• Oct. 20, 2022: How special interests exploited a loophole and put a Sacramento County tax hike on the ballot. By Yousef Baig of The Sacramento Bee. https://www.sacbee.com/article267335212.html

President of the ECOS Board of Directors

Tim Irvine of Environmental Democrats of Sacramento County, and Mike McKeever, former CEO of the Sacramento Area Council of Governments (SACOG) react to a new flyer released about Measure A.

Measure A would cause sprawl development to surge by funding roadway capacity expansion projects (including a new expressway); this would prevent our region from meeting State and federal air quality and climate mandates — thereby making us ineligible for their transportation and housing funds. Measure A represents the opposite of the SACRAMENTO BLUEPRINT principles of affordable, transit-served infill development and natural resource protection, for which our region has received national acclaim. VOTE No on Measure A.

On October 10, 2022, the California Air Resources Board sent a letter to the Sacramento Transportation Authority regarding Measure A.

Below is an excerpt.

We write to share information regarding the impacts that several projects slated for funding under this measure, and the project portfolio as a whole, will have on climate change and air quality. As an oversight agency, including for the Senate Bill 375 program (Steinberg, Stats. 2008, ch. 728), and based on CARB staff’s analysis of the measure, we need to make you aware that if Measure A is approved, the region may face serious compliance challenges with State emissions reductions requirements.

As California prepares for another anticipated drought year, state and local leaders gathered yesterday at a small business in the heart of Folsom to spotlight their drought-resilient landscape, made possible by a rebate offered from the Regional Water Authority (RWA). The rebate is an example of how local water agencies are working to help California businesses and residents reduce their water use and embrace water-saving opportunities like transitioning to low-water landscaping.