On January 27, 2023, ECOS submitted a letter of support for the Stockton Boulevard Multimodal Partnership Project.

We applaud the collaboration by the City of Sacramento, County of Sacramento, and SacRT to undertake this project. It will transform Stockton into a pedestrian and bicycle friendly multimodal corridor with bus rapid transit (BRT). The grant funding will enable the completion of the environmental clearance and design and ready the project to compete for additional federal and state funding.

On January 25, 2023, Edith Thacher and Lisa Howard, of the local Citizens’ Climate Lobby chapter, spoke to ECOS members about the climate aspects of the Infrastructure Act, Growing Climate Solutions Act, and the Inflation Reduction Act (IRA). They described the tax credit program in the IRA that is available to you.

The 117th U.S. Congress passed several bills that will have a powerful impact on the development of renewables and the increased efficiency and electrification of buildings. Edith and Lisa covered these bills and how you can access the funding for electrification and other climate-related improvements.

I attend a public high school in a very suburban town of Northern California. There. I said it. I kid you not, that one sentence has resulted in many concerned as to how I manage to survive in this environment. Regardless, in this area where a new U.S. state called Jefferson is considered a good idea, like every teenager, I’m trying to piece together my years of high school from fragments created by the pandemic, revolutionary politics, and newfound interests. To be honest, I love it: to figure out a unique path for myself. Well, for the most part. Going into my sophomore year last summer, I was so excited to start again, see my friends, have fun at school events, and resume my cherished speech and debate tournaments. However, I didn’t expect to spend so much time speaking out against parents at school board meetings so that my school can keep diverse literature in our curriculum.

Let’s first understand what exactly my school is trying to do. At my school, and now school district, many parents have put together a list of supplemental materials to be removed from the curriculum. Supplemental materials are works of literature not directly outlined in the California curriculum, but teachers use them to supplement what they are required to teach. Not surprisingly, a majority of pieces on the “banned book list” are either written by or are about people who experience the horrors of war, sexual violence, and issues pertaining to minority communities. These parents want these pieces removed because “they are critical race theory and Communist indoctrination” or something along those lines.

You might be wondering, how does censored literature relate to the Environmental Council of Sacramento? Well, our country has repeatedly seen various organizations attempting to silence discussion surrounding basic truth, especially where it overlaps public health and environmental policy. Here are two examples:

From 2017 to 2021, the Trump administration made around 1,400 edits to federal agency websites by altering or deleting facts-based and peer-reviewed information on a wide variety of environmental issues. Many edits were incorporated into updates to regulations. Sounds fishy, doesn’t it? Well, I’m sure we can all agree that changing basic facts is bad. However, the larger harm is that federal taxpayer-funded entities can be corrupted through censorship by just a handful of bad actors. Let’s keep this point in mind regarding censorship in public high schools.

The second example involves a proposal by the Trump administration in 2018 to restrict the EPA’s use of medical research methods that keep participants’ information “private, personal, and protected” and to instead bar the agency from taking any actions based on this data. The administration said the change would “promote transparency for the public;” however, it would really just censor research, thereby pandering to a small, yet powerful minority. Had it not been for a lawsuit that barred the proposal from being enacted, the EPA would have been corrupted through restriction, so that it would no longer have been able to take actions to minimize citizens’ exposure to toxic chemicals such as formaldehyde, which would have resulted in heightened asthma attacks and even premature death.

Both examples show how a small group can spread its agenda through censorship attacks. Actions like these can gain traction and spur even more bad actors, as the results of small elections can affect larger ones. As we look toward the 2024 election, we know we can’t afford a presidential candidate who will call for censorship of environmental research, and for ignoring and warping facts.

Now, back to my high school: It’s understandable that parents want to check the appropriateness of high school literature, but in my view, the parents’ interpretation of the selected works on the “banned book list” is incorrect and corrupts the educational mission of our school. It is essential that we read and analyze literature that addresses minority perspectives, encourages proficient literacy, and creates a generation of students that are motivated to learn. We deserve and are legally entitled to education that doesn’t just serve one group and one purpose.

Although I’m new to the ECOS community, I’m so appreciative of its passionate members who champion the truth and ethical political processes. We want the government to live up to our reasonable expectations, environmental and otherwise. For public offices, like the EPA and public schools, to be censored and therefore corrupted in the status quo, is an injustice we cannot stand for.

My peers and I will continue to speak out at my ultra-suburban NorCal public school board meetings, but it feels as though our pleas fall on deaf ears. Ultimately, censorship, like in the Trump administration’s two highlighted examples, won’t just produce a generation of students unaware of diversity, but a system that is corrupted, where basic facts are denied, misinformation spreads, and research is quelled. However, if we choose to be persistent to push for the truth, especially at the institutions that legally owe it to the public, we’ll have a truly transparent world. 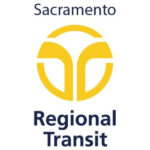 ECOS is in enthusiastic support of Sacramento Regional Transit’s (SacRT) 2022 application for a $5M grant from the Maintenance & Modernization Regional Program (MMRP) for the Folsom Light Rail Station Conversion and a $4.5M grant for Railroad Tie Replacement Projects. 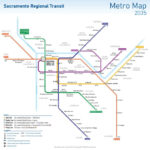 Did you miss the ECOS Transportation Team Kickoff meeting on January 18, 2023? Get a grasp of the conversation led by Team Lead Sam Rice by viewing his Powerpoint, here (PDF).

On January 17, 2023, ECOS submitted a letter of support for the the completion of the Greenhaven/Pocket section of the Sacramento River Parkway project.

Below is our letter.

The Sacramento River Parkway project is consistent with the City of Sacramento’s 2035 General Plan which recognizes the importance of developing a first class, multi-modal transportation network that includes supporting short- and long-distance bicycle trips. Goal M 5.1 outlines policies for an integrated bicycle system that encourages bicycling and achieves the City’s goals for bicycle mode share as documented in previous planning documents. Specific policies and goals in the General Plan include updating and maintaining the Bicycle Master Plan (BMP), providing a continuous bikeway network throughout the City, improving bicycle routes to minimize conflicts with pedestrians and motorists, supporting bicycle connections to new developments, converting underused facilities to bicycle routes, and promoting bicycling education and safety to the public.

ECOS was founded in 1971 as a visionary and action-oriented coalition for the region. Today the organizational and individual members of ECOS work to reduce greenhouse gas emissions, improve air quality, promote smart growth land use and transportation principles, promote equity in housing, promote sustainable regional water supply for all users, public health and opportunities, and promote regional habitat conservation.

Please consider completion of the Sacramento River Parkway project for its local, regional, and national benefits.