The City of Elk Grove has once again applied to amend their Sphere of Influence (SOI) and ECOS is again at the forefront, working to halt urban sprawl.

What is the problem?

A “Sphere of Influence” (SOI) is defined as a planning boundary outside of an agency’s legal boundary (such as the city limit line) that designates the agency’s probable future boundary and service area.

Planning boundaries were put in place to direct growth and to prevent urban sprawl. Expanding these boundaries, especially when there is still plenty of room to build within them, increases the human impact on the environment and decreases the efficiency with which a city or county uses its resources, such as water, electricity, transportation dollars, etc.

Where is the problem?

The City of Elk Grove wants to expand to the south of their urban growth boundaries, into green fields and wildlife habitats that have never before been built upon. 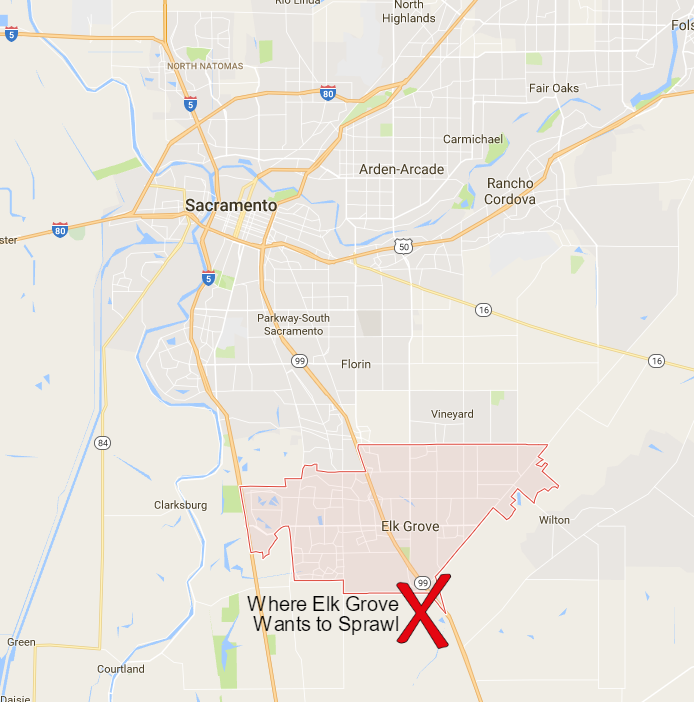 Look at all this green! 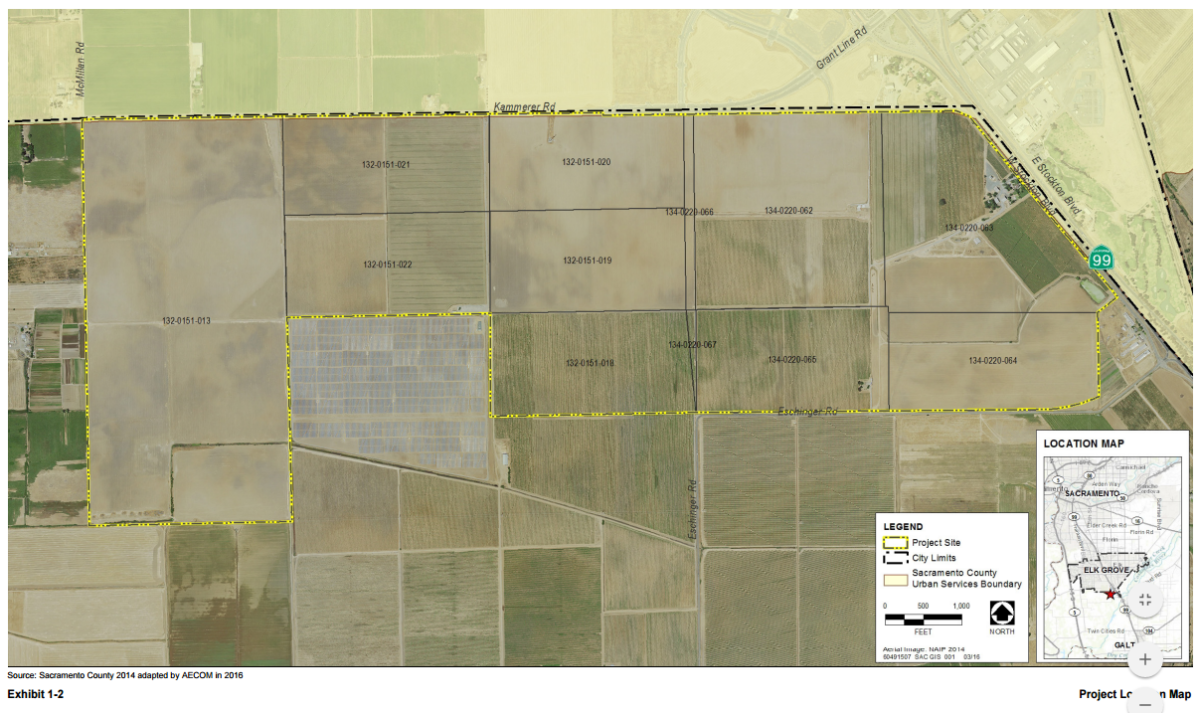 The City of Elk Grove has submitted previous applications to expand their sphere of influence in the past. In 2008, the City of Elk Grove (City) applied to Sacramento Local Agency Formation Commission (Sacramento LAFCo) for a Sphere of Influence Amendment (LAFC#04-08) to the south and east of its current boundary consisting of approximately 10,536 acres, which was subsequently closed and a new application (LAFC#09-10) submitted by the City for 7,869 acres. The City withdrew its application in 2013. Both of these larger areas included the proposed SOIA Area addressed by the current proposed project. This project is separate and distinct from the previous proposals.

The affected territory includes a 1,156-acre area that abuts the southern portion of the City of Elk Grove’s existing jurisdictional boundary. This is called the proposed Sphere of Influence Amendment Area (SOIA Area) or “the project site.” This proposed SOI amendment requires approval by the Sacramento Local Agency Formation Commission (LAFCo), which has sole discretion on the establishment and amendment of SOI boundaries.

LAFCo is charged with oversight of changes in governmental organization and has the authority to consider:

LAFCo has the authority to approve, modify and approve, or disapprove applications, and to impose mitigation measures and conditions of approval. Per statute, LAFCo shall not impose any conditions that would directly regulate land use density or intensity, property development, or subdivision requirements.

Here is an excerpt from the ECOS comment letter on the current Elk Grove SOI expansion application Municipal Services Review, which includes the shortage of water in the area:

“…While we have many concerns about the Elk Grove expansion proposal, with regard to the MSR our primary concern is future water supply. Water is an essential service for prospective urban development and an important factor in the LAFCo approval process. The availability of water to meet the competing needs of habitat, agriculture and urban uses is an ongoing and increasingly acute issue in the Sacramento region and elsewhere in the state. This is one of the threshold issues facing LAFCo, and we feel that the prospects of future water supply to this area have not been adequately analyzed or illustrated in the MSR…”

Read our full comment letter by clicking here or on the image of the letter below.