From our friends at the Save the American River Association (SARA)…

ACTION ITEM: Help make a state conservancy happen for the Lower American River. AB 1716 has passed the Assembly and moved on to the Senate where it will be heard in the Senate Natural Resources and Water Committee:

Please join SARA on the 28th to show your support. SARA and our many partners, as well as the County of Sacramento, have submitted amended language to the bill that we feel would help strengthen the intent of the Conservancy to protect the natural resources of the lower American River Parkway and ensure that local control is not compromised. Click here to view the bill with proposed submitted amendments.

BENEFITS OF A CONSERVANCY

Over the past twenty years, conservancies have directed hundreds of millions of state dollars to acquire and restore land and improve public access to key resources including the coast, Lake Tahoe, the Sierra Nevada, and several rivers including the San Joaquin, San Diego, Los Angeles, San Gabriel, and others.

The proposed Lower American River Conservancy would be a state partner that would provide grants to the County of Sacramento, nonprofit organizations, and others to:
– Restore lands along the lower American River that have been severely damaged by fire and invasive weeds;
– Acquire and restore additional lands to further advance the American River Parkway values;
– Improve public access.

Assembly Bill 1716 is the proposed legislation to create a state conservancy for the lower American River. The American River Natural History Association, the Effie Yeaw Nature Center, the Environmental Council of Sacramento, Habitat 2020, Sierra Club, Planning and Conservation League, the California Native Plant Society, the County Parks Department, etc., have been working diligently with the bill’s co-authors, Assembly Members Kevin McCarty and Ken Cooley, to make sure our identified amendments make the final bill. The goal is to ensure a bill that will bring all of the promised conservation benefits to the lower American River Parkway by potentially providing millions of dollars of state funding for projects such as habitat restoration, invasive plant eradication/management, projects improving water quality and trail access to the Parkway, as well as fund projects that provide for continued education and interpretation of the American River’s and Parkway’s cultural and natural resources.

While the legislative process is more a marathon than a sprint, the bill is moving along and soon will be the time to write letters of support. More details will follow at the appropriate time.

March 3, 2016
First public workshop at the Clunie Clubhouse in McKinley Park. More than 100 members of the public attended and expressed support for AB 1716.

April 25, 2016
AB 1716 passed out of the Assembly’s Natural Resources Committee with three amendments.

May 4, 2016
Appropriations Committee heard AB 1716 and referred it to the suspense file.

May 27, 2016
Second public workshop at the Effie Yeaw Nature Center in Ancil Hoffman Park. Approximately 75 members of the public attended and expressed support for AB 1716.

The bill probably will move on now to the Senate Natural Resources and Water Committee. This is the committee that will take up the amendments we submitted.

Participation in this issue is critical to the future of the lower American River Parkway. 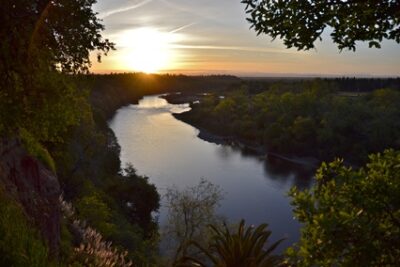