To: Governing Board, Sacramento Transportation Authority

Re: Comments on proposed Measure B

The proposal for allocating Measure B revenues up for discussion today contains improvements over Options 1 and 2 presented at the April 14th Board meeting, but the Environmental Council of Sacramento believes that it still allocates far too much for new road construction and far too little for transit. Moreover, we are troubled about the lack of public involvement in drafting this measure, without a full public discussion regarding the division of revenue, the tax rate, alternative sources of funding, and the appropriateness of using sales tax revenue to build roads.

A fundamental question implicit in the current discussion of an additional county-wide transportation tax is whether Sacramento County is committed to a robust transit system or is content with continuing to accept a much smaller system persistently hobbled by inadequate public financial support. Measure B if passed would immediately provide Regional Transit with an additional $25 million per year, which would be barely sufficient to restore services that were cut eight years ago provided this allocation were used solely for this purpose. But RT has other needs as well, such as replacement or overhaul of worn-out vehicles, conversion of light rail to low floor vehicles, and slow, steady expansion of the existing skeletal bus and rail network. To achieve these goals, RT needs at least $50 million per year or a quarter-cent sales tax dedicated exclusively to its programs.

ECOS might be able to support Measure B even if it included some funding for roads, provided this money was limited to less than 40% of the total and was used primarily for road maintenance (“fix-it-first”), additional sidewalks, and more bike lanes. But the proposal currently under consideration is weighted in the opposite direction: expanding road capacity instead of promoting alternative modes of transportation, and carrying with it all the well-known negative externalities such as air pollution, global warming, and unnecessarily expensive supporting infrastructure.

We urge the STA Board to reformulate Measure B to provide better funding for transit and other non-automobile modes of transportation. 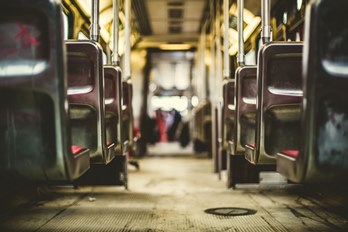